A classic lesson in seamanship 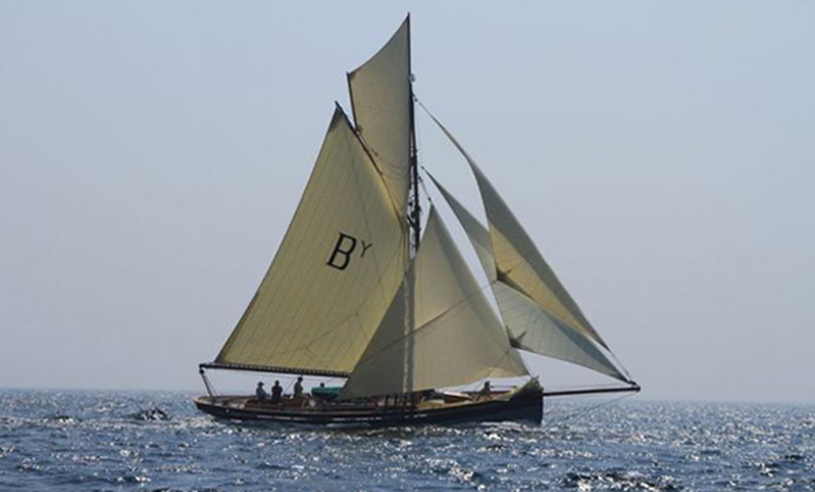 Tom Cunliffe recalls learning a lesson of his own whilst sailing on on the West of Scotland.

Some years back I was in the Hebrides in my old pilot cutter, bound for St. Kilda. Nailed by a westerly gale, I turned back and anchored in a hidey-hole by a small post office on North Uist. The chart showed a flattish bottom with widely spaced soundings. I let go at half-tide with 7 feet under my 8-foot draft, worked a swift tidal height calculation, and kissed my troubles goodbye.

After three days of damp, freezing weather our stove ran out of coal, so I rowed ashore to meet the postmistress whose stack of combustible turf had caught my eye. She handed me over a sackful for free while her old Mom knitted me a pair of hairy socks. Awash in the milk of human kindness, I pulled home to stoke up.

Overnight, the wind howled while the moon waxed big above the driving wrack. The rising tide covered more land than previously, and instead of high water bringing 18 feet, at dawn I found 22. My half-inch chain was now bar taut, and although dragging her 120-pound fisherman anchor was not one of the boat’s habits, I surged out another 10 fathoms anyway, making a scope of 9:1, enough to ride out a hurricane. Unfortunately, there remained the problem of the ebb. By breakfast it was blowing harder than ever and the beach was showing more of its bones than I wanted to see. We had only a foot under our keel and the tidal range was still increasing.

We bumped at low water that evening. Not severely, but I knew we’d have to shift berth at high water, come calm or tempest. Luckily, the issue never arose. The gale blew itself out and was followed by a stiff east wind blowing straight into the anchorage. We banked up the fire, hoisted anchor, and beat back across toward Skye, contemplating lessons learned.

The first was the benefit of a real stove. If we’d had blown-air heating, I’d never have met the postmistress and her mother. I’d have burned up valuable diesel fuel and the batteries would have taken a hammering. The second point was that poring over charted depths would have made no difference to my anchorage being safe one day but not the next. I correctly decided where to anchor by relating my own sounder readings to a tidal curve to see how much water there’d be at low tide. I added this to my draft and threw in a clearance figure. All would have been fine except that the tides were working up toward springs and I stayed longer than planned.

Deciding where to anchor solely on the basis of a spot sounding is a bad idea, because there’s no certainty that the figure is exactly where you’d like to think it is, especially on an over-zoomed chartplotter. But with a little help from the tide tables, a properly calibrated sounder is telling the whole truth and nothing but the truth.