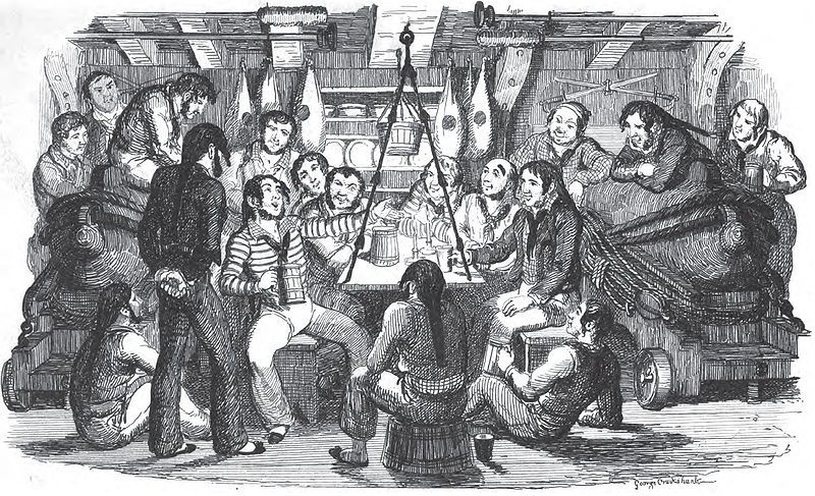 Many phrases that have been adopted into everyday use originate from seafaring – in particular from the days of sail.

It is an undoubted fact that seafaring is also the source of more false etymology than any other sphere. This can be attributed to the attractiveness of the romantic image of horny-handed sailors singing shanties and living a hearty and rough life at sea. After all, it sounds plausible that ‘cold enough to freeze the balls off a brass monkey’ comes from brass ship’s fittings and that POSH means ‘Port out, starboard home’, but neither of these is correct. CANOE, the Committee to Ascribe a Naval Origin to Everything, doesn’t really exist, but the number of these folk myths makes it seem as though they do…

It is lucky for us, in our endeavours to distinguish truth from falsehood, that activities at sea have been scrupulously recorded over the centuries, in insurance records, newspaper accounts and, not least, in ships’ log books. The term log-book has an interesting derivation in itself. An early form of measuring a ship’s progress was by casting overboard a wooden board (the log) with a string attached. The rate at which the string was paid out as the ship moved away from the stationary log was measured by counting how long it took between knots n the string. These measurements were later transcribed into a book. Hence we get the term ‘log-book’ and also the name ‘knot’ as the unit of speed at sea.