What is the essence of seamanship? 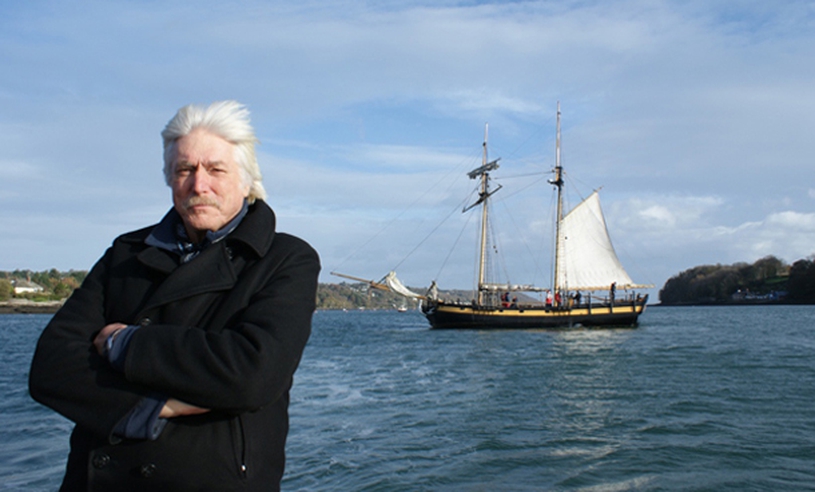 We asked world sailor, author and Yachtmaster Instructor Examiner Tom Cunliffe to outline his view of the skills required.

What indeed. It sounds easy, and many things spring to mind was the brief. But when you actually try and caprture it, well there’s the rub. Being a Brit, I started out with the Oxford English Dictionary. When all else fails in matters literary, this is normally a good standby, but it didn’t help me much with my problem. Seamanship, it states baldly, is “skill in the art of working a ship or boat.”

What a cop-out! Taken literally, this would include absolutely everything nautical, including electronic navigation, semaphore communications, chipping rust off an old steel hull and rigging the main deck awnings of the USS Constitution so that all hands could attend an onboard church service on a Sunday morning sailing down the trades.

Fortunately, the dictionary’s definition represents the rather simplified thinking of a mere landsman. Sailors view the matter differently. How many times have we heard remarks such as, “Old Baines is a fine seaman, but he can’t navigate to save his life,” or “Tosher is great with a paint brush, but he’s a shocking seaman.” Throwaway comments like these offer some insight into what we are seeking, even if only by default. They tell us that sailors on the whole don’t necessarily consider navigation to be an essential part of a real seaman’s skill set. However, dealing with rope and rigging—a sailor’s primary tools—ride high on any list. Other aspects of ship’s husbandry, like sail repair and steering-gear maintenance, might also figure, although the ability to paint a wooden yacht to the sort of mirror finish seen on a brisk day at the Eggemoggin Reach Regatta probably wouldn’t.

The 1932 edition of The Admiralty Manual of Seamanship shamelessly shirks any attempt to define its subject. Instead the writer wades straight into an exposition of how to sling a hammock. Next he regales his readers with clear diagrams of the way first- and second-class boys should lay out their kit for inspection. No doubt similar edicts were being issued by the U.S. Navy in those days. Such skills were critical to the success of any rating and thus were very much a part of seamanship. The Admiralty Manual’s chapters on knotting are timeless and have yet to be beaten, even as much of the rest of its three volumes, with their discussions of such topics as gunnery and the best way to disembark troops, are a bit less relevant to today’s recreational mariners.

Much closer to the mark is Admiral Smyth’s 1867 definition of seamanship as: “The noble, practical art of rigging and working a ship, and performing with effect all her various evolutions at sea.” This description can be readily brought up to date by including under “rigging” all the machinery and its necessary adjuncts that are found on the boats many of us sail today. While noting with satisfaction that the admiral considered the art of seamanship to be a noble one, anyone seeking the truth should also be reassured by the fact that the old boy gave equal place to the word “practical.” The more I’ve thought about the question, the more it seems to me that seamanship must always be “hands on.”

An exemplary seaman on Admiral Smyth’s ships would likely have been judged on how he coped with cordage and canvas, how he steered the ship, and how adept he was at handling any small boats that fell to his command. And when you think about it, not a lot has changed:, although for modern sailors who skipper their own vessels, we might also require a thorough strategic and tactical feel for the position of a boat in relation to the wind, the running sea, any obstructions andher destination, whether that’s a mooring buoy, a crewmember who has fallen overboard, or a harbor breakwall.

Many books have been published about the minutiae of seamanship—I have written a few myself, and they could easily have been twice the length the publishers strapped me down to—but it’s an overview we are after here. With that in mind, I would say that, ultimately, the different types of skills comprising seamanship fall into two pictures: the big picture and the little one.

The big picture is all about “holistic skills,” like recognizing the dangers associated with trying to make port on a dangerous lee shore when staying at sea until conditions improve might be the only safe option. It’s knowing how to deal with fog. It’s sizing up wind and current so as to bring a boat seamlessly alongside a dock. It’s understanding the nature of the boat you are on, so that you make the most of what she can do and never ask her to do something which, by her nature, she cannot. The list goes on and on.

Little-picture seamanship, on the other hand, encompasses all those skills we need to remain relaxed on board. Even in a gale far out at sea, we must be as confident as we are when driving our cars or working in our backyards. Hands-on seamanship may no longer involve being able to swing a two-ton gun over an oak rail and down into a tender without sinking it or laying out a huge kedge anchor. But that makes it no less important or satisfying. It includes things like knowing how to rig and secure dock lines so there’s no hassle when the action starts. It’s about balancing the boat’s sails so you don’t need to use a lot of rudder to steer a course or come about.

It’s about being able to change a blocked fuel filter or clear a water strainer. It’s leaving your boat with all her lines “just so,” not like a snake’s wedding. It’s whipping the ends properly, rather than burning them off like a farmer. Again, the list goes on and on.

The bottom line is this: a true seaman never becomes obsessed with what he’ll do when something goes wrong. He has foreseen the possibility already and has made sure it doesn’t happen. Whatever he does, he never seems to be in a hurry. He only shouts—quietly—to make himself heard, and no matter what his task may be, he makes it look easy.