The Pacific Ocean - sailing west and north from Tahiti 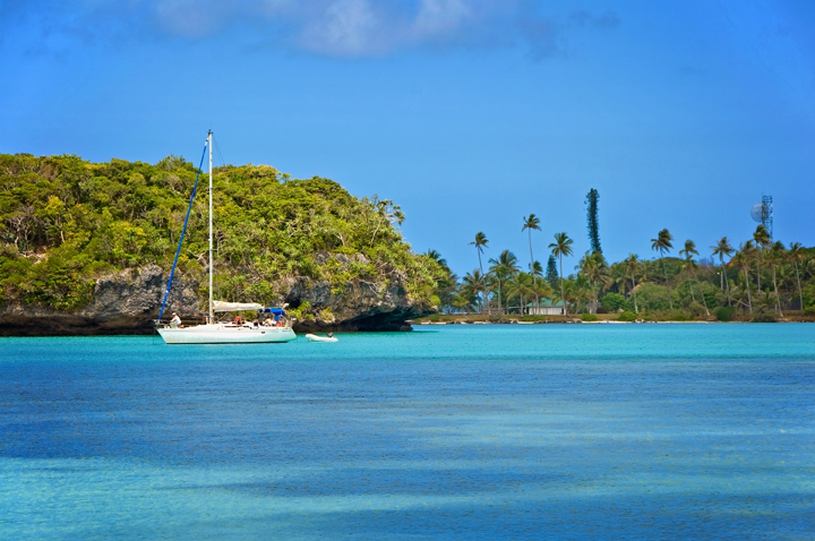 Part 2: The Atlantic Ocean (The Caribbean to Antarctica and the Arctic)

Sailing west from Tahiti there are several detours that can be made from the main trunk route and the figures for 2010 show a significant increase in the number of boats going off the beaten track. Once a rarely visited place, Palmerston atoll attracted an unprecedented influx of 108 boats. According to Mike Dorsett, who spent a long time there, “You are still made welcome, although there are now some local council rules that allow them to get rid of undesirables. This is one place where you still get a true Polynesian welcome, one that is sadly lacking in major centres, probably due to the large number of visiting yachts.”

Another highly popular place, also in the Cook Islands, is Suwarrow, an uninhabited atoll where a caretaker is based during the peak arrivals time and welcomed a total of 107 in 2010, while further west the small island of Niue could hardly cope with an influx of 120 boats during the busy winter season. In neighbouring Tonga, the main island of Tongatapu saw a record 148 arrivals but was utterly eclipsed by the northern island group of Vava’u. This long time favourite among sailors roaming the South Seas welcomed a staggering 553 arrivals, an all-time record.

With all popular destinations west of Tahiti recording higher arrivals than in previous years, as Fiji is the main cruising hub in the South West Pacific it is an ideal place to assess the extent of the cruising traffic in the South Seas. According to the Royal Suva Yacht Club, the Fijian capital was visited by an estimated 400 boats during 2010, of which 196 used the services of this welcoming club. A perennially popular destination is the Musket Cove Yacht Club on the island of Malololailai. Located just west of the main island of Viti Levu, the owner of the Musket Cove resort founded an informal yacht club which has become the most popular watering hole among sailors roaming the South Seas. Altogether 266 yachts dropped by in 2010 with the largest national contingent made up by the 73 New Zealand boats, followed by 38 British, 36 Australian, 33 American, 15 Canadians, followed by various European boats but only two from France. Indeed, most French yachts are known to head straight for New Caledonia obviously guided by the same linguistic preference as in the Caribbean.

Most cruising boats leave the tropics during the cyclone season and normally sail to New Zealand or Australia. Although ports in South Queensland and New South Wales are attracting an increasing number of boats, New Zealand continues to be the favourite destination. This was borne out by the 697 arrivals in New Zealand, a net increase on the 567 which arrived in 2000. In Australia, the numbers have remained stable over the last decade with a total of 771 arrivals of which an estimated 450 were foreign flagged. This shows a significant decline foreign visitors from 2000, when among the 802 arrivals, 571 were non-Australian. The situation was similar in neighbouring New Caledonia which saw 415 arrivals in 2000 compared to 605 in 2010.

These figures seem to confirm that whereas the total number of boats cruising in the South Pacific has increased, those continuing on a world voyage has gone down. One reason may be the safety concerns regarding other parts of the world, especially the Indian Ocean, but a major reason is the lasting attraction of this part of the world, as explained by Tom Walker. “Many world cruisers become caught in the South Pacific gyre. This is a vast imaginary current which sweeps cruisers north from New Zealand and Australia to the islands for the austral winter. It sweeps them south again for the cyclone season. Some cruisers become caught in the gyre for many years. And why not, as these are the finest islands anchored in any ocean.”

While the South Pacific continues to attract most of the yachts undertaking a world voyage, the North Pacific saw comparatively fewer boats with only an estimated 30 foreign flagged yachts calling at Hawaii in 2010 compared to 25 in 2006 and 39 in 2000. US boats were not included in those statistics although Hawaii does attract many American boats and most of the yacht movement in the eastern part of the North Pacific continues to be made up of US and Canadian boats commuting between the mainland and Hawaii. It is estimated that Hawaii is visited every year by between 200 and 250 boats, both cruising and racing. Some sail from there to French Polynesia and a very few continue west towards Micronesia and the Asian mainland. This is shown by the 28 arrivals in the Marshall Islands, which is probably a fair estimate of the total number of boats calling at the Micronesian islands generally.

There was much more movement in Asia proper with 88 arrivals recorded in Hong Kong, a considerable increase over the twenty arrivals in 2000, although the port authority pointed out that some of those may have cleared in more than once. However, only ten foreign cruising boats visited neighbouring China where formalities for visiting yachts continue to be both complicated and expensive. Until these matters are improved sailors will continue to be deterred from visiting this interesting country. What is showing a change, however, is the rapid increase in the number of Chinese-owned yachts which are visiting neighbouring countries.