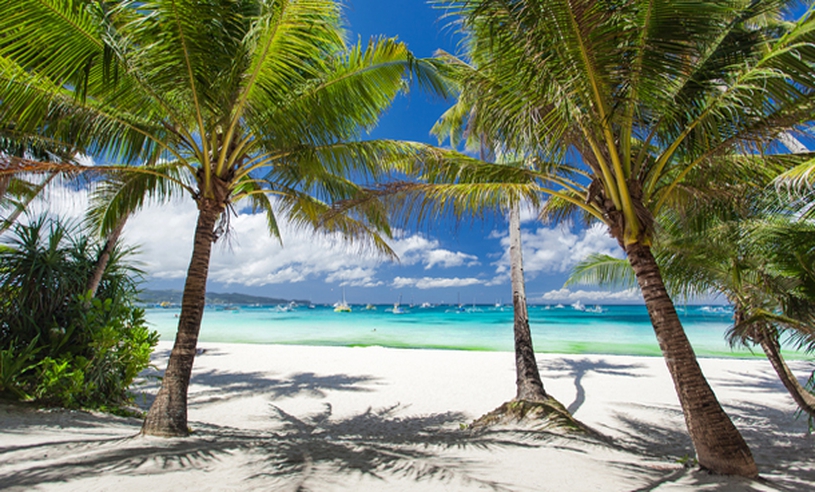 There has indeed been a marked increase in local traffic in South East Asia, with more local boats, both racing and cruising, joining the rallies and regattas held during the winter season in Western Malaysia and Thailand. Unfortunately the Singapore port authority would not reveal any statistics, replying that the information was confidential. The figures from Phuket confirm the increase in visitors from neighbouring countries, but a net reduction among other foreign flagged boats as many of those on a world voyage now avoid the North Indian Ocean. Indeed, this is one area which has seen major changes in the movement of cruising boats in recent years and this is due entirely to the threat posed by Somali pirates.

It is estimated that between 250 and 300 yachts transit the Torres Strait every year. In 2010, a total of 88 boats cleared into Australia at Thursday Island but as only boats which have not cleared into Australia elsewhere need to stop there, the number of cruising boats passing through this international waterway was much higher as seen from the number of visiting yachts that passed through Darwin on Australia’s north coast.

Heading west from the Torres Strait most cruising boats normally stop at Darwin. According to official records 69 yachts cleared in there in 2010 but this does not include the 70 foreign boats which joined the Sail Indonesia Rally in Darwin. The 2010 edition of this popular event attracted a total of 106 boats, of which 36 were Australian. A great attraction of this annual event, which is supported by the Indonesian authorities, is that the compulsory cruising permit is provided as part of the entry fee, as are all other formalities, not to mention the many entertainments laid on during a three months long programme.

Indonesia saw a record 615 visiting yachts, which is the number of cruising permits (CAIT) issued in 2010 by the Ministry of Foreign Affairs. Bali is an important cruising hub and gateway into the Indian Ocean and most boats stop there, regardless of whether they are planning to continue to South East Asia and the Red Sea or take the Cape of Good Hope route. A total of 220 boats stopped at Bali marina, of which approximately half continued into the South Indian Ocean. The nearest stops along this route are the two Australian outposts, Christmas Island, which saw 27 arrivals, and the more popular Cocos Keeling with 69. From there, the route splits into a northern branch leading to Chagos and a southern branch to Mauritius. The latter recorded 174 arrivals, among which 49 boats were described as local traffic as most had sailed over from neighbouring Reunion. On the northern route, Chagos was visited by 105 yachts that had obtained the necessary permit to call there from the British authorities, which administer this territory.

The larger than usual number that called at Chagos was due to an influx of boats that were originally bound for the Red Sea and Mediterranean but had changed their plans at short notice because of the increased threat of piracy. As a result, 2010 was the first year when more boats appeared to have taken the Cape of Good Hope route than to have sailed across the North Indian Ocean to the Red Sea and Suez Canal.

For those who prefer to sail the traditional route to the Mediterranean, Phuket in Thailand and Langkawi in Malaysia are the favourite places to prepare for the crossing of the North Indian Ocean. Yacht Haven in Phuket deals with most foreign visitors and, based on the 170 arrivals reported in 2010, the manager estimated that the total of foreign flagged boats was about 250, while Langkawi attracted around 150 yachts. As some of those boats called at both places, it is assumed that approximately 300 to 350 long distance cruising boats pass through South East Asia every year. About one half of those boats used to sail to the Mediterranean in the past, but that figure is now closer to one quarter as more sailors prefer the Cape of Good Hope route.

The most popular ports of call along the northern route to the Mediterranean are Galle, in Sri Lanka, where 79 boats called in 2010, while the Maldives were visited by 98 and Mumbai, in India, saw a record of 36. In recent years many of the boats bound for the Red Sea called first at Salalah in Oman, to join convoys and sail from there in company through the critical area.

The figures from Suez confirmed a trend which has become apparent in recent years and it is now estimated that approximately 200 boats sailed the Cape of Good Hope route in 2010. This estimate is based on statistics obtained from two key sources: Cape Town and St Helena. The various yachts clubs and marinas in the Cape Town area recorded a total of 121 visiting yachts during 2010. Because of St Helena’s strategic location in the South Atlantic, few yachts bypass the island without stopping. The 169 yachts which called at Helena shows an increase over the 137 arrivals in 2006 but is lower than the 184 visitors in 2000, which now appears to have been a record year in all oceans.