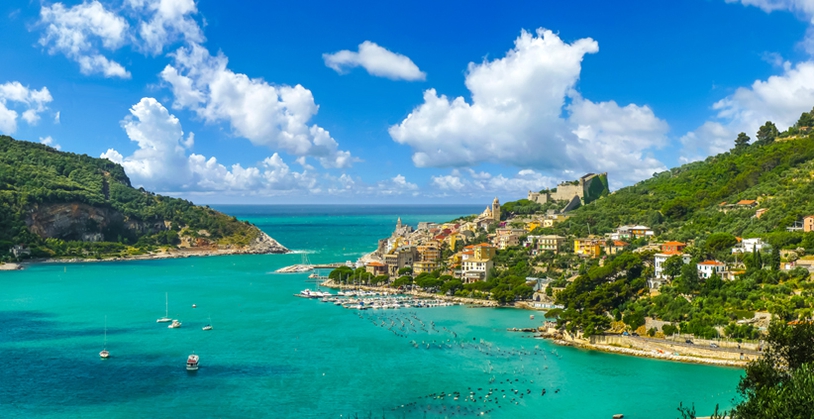 PART 2: THE ATLANTIC OCEAN (THE CARIBBEAN TO ANTARCTICA AND THE ARCTIC)

PART 4: WEST and NORTH FROM TAHITI

The Mediterranean itself has seen a steady increase during the last decade with more locally based yachts, visitors from outside the area and expanding charter operations. Popular places such as the Balearics, Croatia and Greece are uncomfortably crowded during the summer and even outside the high season visiting yachts have difficulties finding places in marinas.

As the gateway to the Mediterranean, Gibraltar recorded a total of 3,222 arrivals in 2010, reflecting this upward trend. The Baltic Sea has seen an even greater increase, both in the number of visiting boats from outside the area and in cross-country movement. In spite of the still cumbersome Russian formalities, even St Petersburg was visited by 118 foreign yachts.

A trend that was started by large yachts being shipped at the end of the season from the Mediterranean to the Caribbean and vice versa has been catching on also among cruising boats. The two main operators are Dockwise Yacht Transport, which has its own purpose built ships, and Sevenstar Yacht Transport, which uses commercial ships on which yachts are loaded as deck cargo. DYT runs a regular service between the US East Coast to the Mediterranean, Northern Europe, East Caribbean, Pacific West Coast and South Pacific. Sevenstar has a worldwide network of pick-up and drop-off ports in Florida, the Caribbean, Mediterranean, South Pacific, Middle East, South East Asia, with the Seychelles, India, Brazil and South Africa being their latest destinations. The schedules of both operators usually coincide with the end or start of the favourable sailing seasons in the areas covered, and thus provide an attractive solution for owners who prefer to reach their favourite cruising grounds in the shortest time and most convenient way possible. In recent years, safety considerations have also persuaded owners to have their yachts shipped through a dangerous area, such as the North Indian Ocean.

Overland transport has also seen a significant increase as owners prefer to have their boats trucked to avoid a difficult passage or simply to save time. There are trucking companies offering this service between Baja California and the Pacific Northwest, the Great Lakes to the Pacific Coast and the Mediterranean to Northern Europe. For those who prefer to explore the waterways of Europe on their own boat, there are now companies transporting masts between the starting and finishing points of such voyages.

Popular cruising grounds in or near developed areas such as the Eastern Caribbean, Mediterranean, Bahamas, Baltic and Pacific Mexico, have seen the number of visiting yachts in the last ten years remain relatively stable. On a global level, the figures for 2010 indicate a general slowdown in comparison to 2000. What seems to have changed is the ratio between cruising and charter boats, with the latter figures showing a steady increase while the number of cruising yachts undertaking long voyages is gradually declining. This is shown by the figures obtained from Saint Lucia in the Caribbean where Rodney Bay marina recorded an all-time high of 6,375 yacht movements in 2010, of which only an estimated 300 had arrived from across the Atlantic, including 230 with the ARC, the majority of the rest being made up by charter boats plying up and down the Lesser Antilles chain.

Even though there has been an increase in the number of people cruising, much of this has been on a regional basis, and the number of boats completing a circumnavigation does not seem to have changed significantly in the last decade. To assess the number of boats completing a circumnavigation of the world in any one year, I examined the data obtained from such significant locations as the Panama and Suez canals, as well as Tahiti, Ushuaia and Cape Town, because any boat sailing around the world is bound to pass through some of these gateways. My estimate has remained unchanged from 2001 when I concluded that between 150 and 200 boats complete a circumnavigation in any one year. The main difference is that whereas ten years ago the number was split equally between the two main routes via the Red Sea and Cape of Good Hope, the latter’s popularity is now firmly in the ascendancy.

"Whereas in the past most of those who set off on a world voyage were hoping to eventually sail around the globe, nowadays it is only the most determined who find the motivation to go all the way."

While the global movement is relatively easy to determine, attempting to make an assessment of the number of boats actually cruising is bound to be less accurate. Such a figure should only include boats undertaking a longer voyage and exclude those that are engaged in coastal cruising in areas of high concentration. Based on the figures for 2010, I estimate that on a global level there are approximately 10,000 cruising boats undertaking a long voyage, of which about half would be in the Atlantic, 2,000 in the Pacific, 1,000 in the Indian Ocean, and 2,000 in the Mediterranean. The current estimates are about twenty percent lower than the conclusions I drew in 2000 when I reckoned that there were between 10,000 and 12,000 boats roaming the oceans of the world.

Those who are planning a world voyage can take heart from the fact that such attractive destinations as Tahiti, Galapagos, French Polynesia, New Zealand, Tonga and Indonesia, have not been overrun by visitors and show no signs of that in the foreseeable future. What has changed, mainly because of the concerns over safety, but also climate change as well as the economic uncertainty, is a move towards regional cruising with many sailors now preferring to limit their voyages to one ocean. In line with this trend, for many sailors the aim of completing a circumnavigation seems to have lost its aura and whereas in the past most of those who set off on a world voyage were hoping to eventually sail around the globe, nowadays it is only the most determined who find the motivation to go all the way.

This article was first published in Cruising World.